Six-year-old Staffordshire bull terrier Bonzai has been awarded the Blue Peter badge for his work with children, helping the overcome their fear of dogs.

Bonzai’s start in life was not ideal. His first owners were unable to look after him, and he was handed over to the RSPCA’s s Block Fen Animal Centre in January 2018. Bonzai was rehomed, only to be returned to the centre a few weeks later.

Emma Smith, from Block Fen, said, “Unfortunately, his new owners returned Bonzai to us just a few weeks later after he got into an altercation with another dog.

“We knew this was very unusual behaviour for him and reassessed him and did some more training with him while he was back in our care. He was a fabulous dog to have in kennels and a firm favourite with staff so we were thrilled when he found another home just a few months later.”

In July 2018 a family from Harlow in Essex, were visiting relatives nearby and decided to stop in at Block Fen on the way home to see if there were any dogs that might be a good fit for them. As it turned out, that dog was Bonzai! 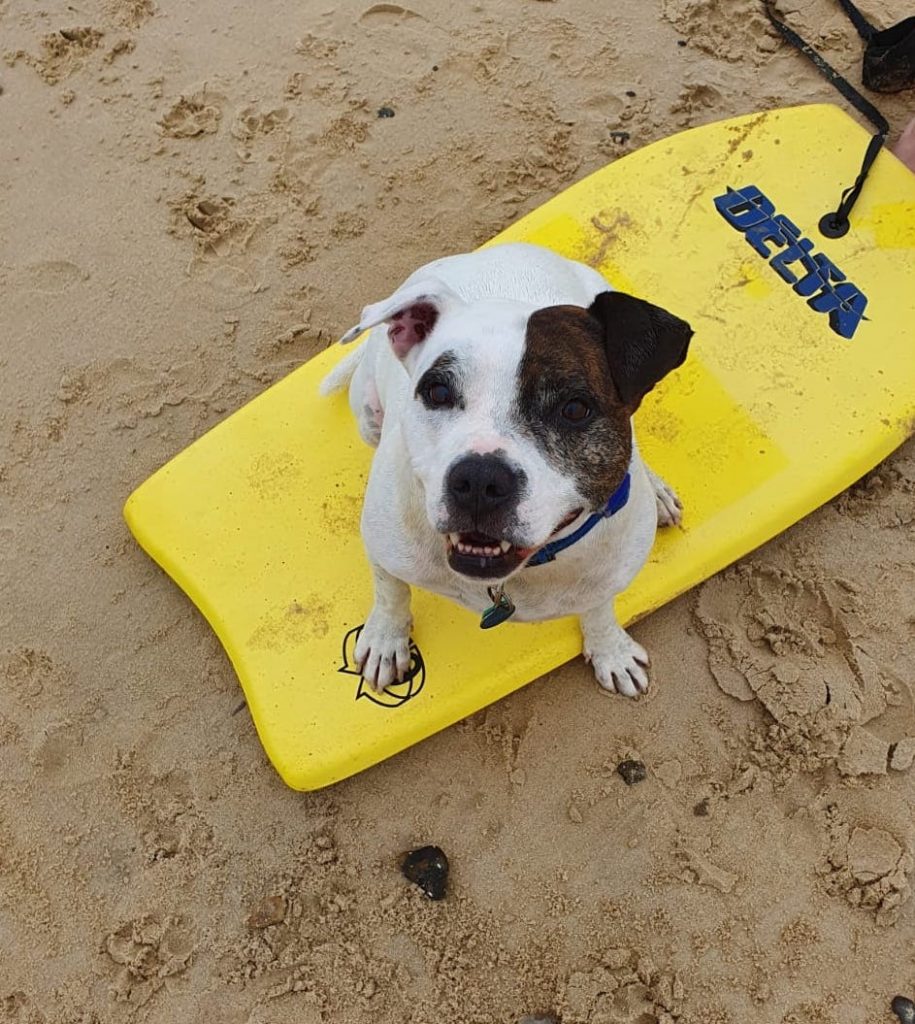 His new owner, also called Emma, said, “We’d been researching and looking for a dog for about six months and were waiting for the ‘right’ furbaby to join us. We were getting so disheartened and were about to give up when we saw Bonzai! His little face lit up when he met the kids and we all fell in love.”

After a successful introduction, Emma, her husband Vitali, and their children – eight-year-old Jake and Maisie, four – couldn’t wait to get him home.

“Staff explained that we’d need to follow a specific training plan with him once we got him home as he could sometimes be scared of other dogs.

“When we brought him home his little tail didn’t stop wagging! We stuck to the guidance and socialised him as much as possible. We worked with other owners and their dogs to give him lots of positive experiences and build up his confidence.

“We gradually introduced him to more and more dogs and he grew in confidence. Now, he’s well loved in the area by other dogs and their owners!”

After getting Bonzai over his own fear of dogs, Emma realised he has potential to help others overcome their fears.

“During lockdown I saw a post on Facebook from a local cynophobia group in Brentwood who were looking for more dogs and volunteers to help out,” she added. “They’d had five Staffies over the 20 years the group had been running and they’d been some of the most successful dogs so I was really keen to get involved with Bonzai.” 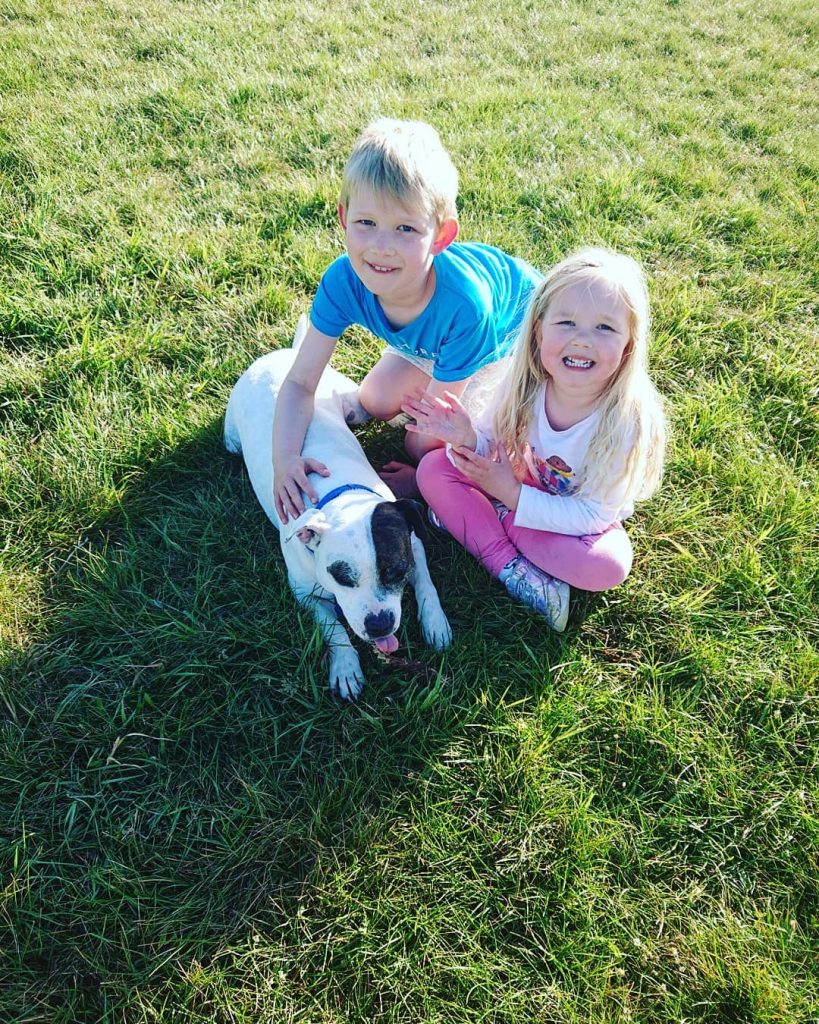 After a meet and greet, Bonzai and Emma enrolled on a training course and the pair are now volunteering weekly as part of the cynophobia assistance programme. Last month, the pair attended a class with a Blue Peter film crew. Presenter Mwaka Mudena attended to help her get over her own fear and Bonzai received his very own Blue Peter badge for helping!

“She was specifically frightened of Staffies so Bonzai was asked to help her overcome her fear,” Emma said. “We had to walk towards her and stop if she felt uncomfortable. When she asked us to stop Bonzai sat nicely and she bravely stroked him. As she put her hand out he laid on his side and waited for her to tickle his tummy; he’s such a softie!

“Bonzai was amazing. He’s made us so proud and is proof that no dog should be judged by their breed or by one incident. We couldn’t have picked a better furbaby and we love him to pieces.”

Block Fen’s Emma added, “We can’t wait to see Bonzai on tonight’s Blue Peter and are so proud of how far he’s come and what a wonderful job his new family have done.

“Bonzai is a perfect example of how Staffies can make brilliant family pets and that the reputation they have is completely unfair.”