A 10-year-old Beagle cross called Duke, who was found as a stray in Guildford in 2016, has been credited with helping his owner hand-rearing a tiny kitten rejected by his mother.

After arriving at Battersea, Duke was soon adopted by Laura Cushway, Battersea’s Animal Partnerships Manager. Laura and Duke have been fostering tiny kitten Boris over the past several weeks after he was rejected by his mother at just two days old. 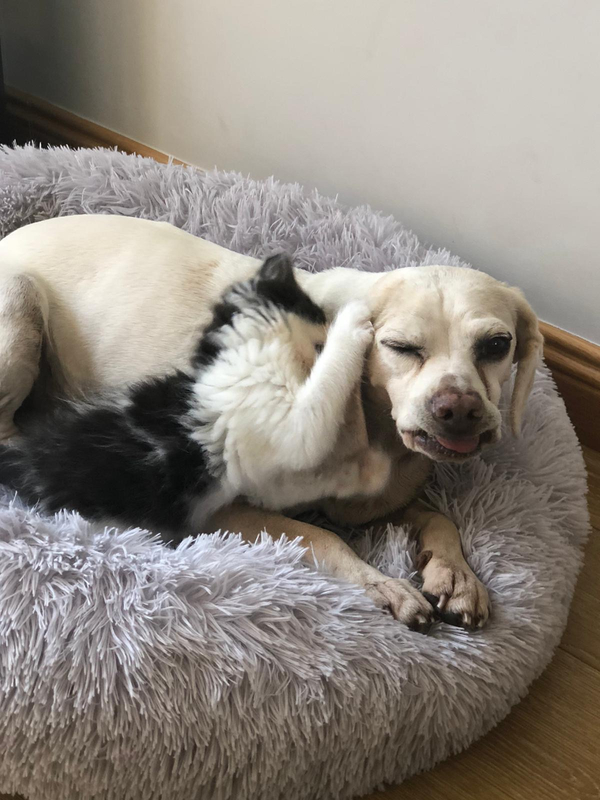 Laura said, “Duke’s funny faces when Boris is playing with him really make me laugh – but he’s proven himself to be so paternal and gentle with such a delicate little kitten. He really shows that rescue dogs have the most wonderful personalities and have so much love to give.

“I rescued Duke, and now he’s helping me to rescue other animals in return which is amazing!”

A Battersea statement says, “Although Duke may look a little grumpy, he really goes to show that you should never judge a book by its cover!

“Duke has proven to be a caring and gentle foster father, lending a paw to help feed Boris every two hours and playing with the adventurous kitten to keep him occupied alongside Laura’s other dog, Golden Retriever Belle.” 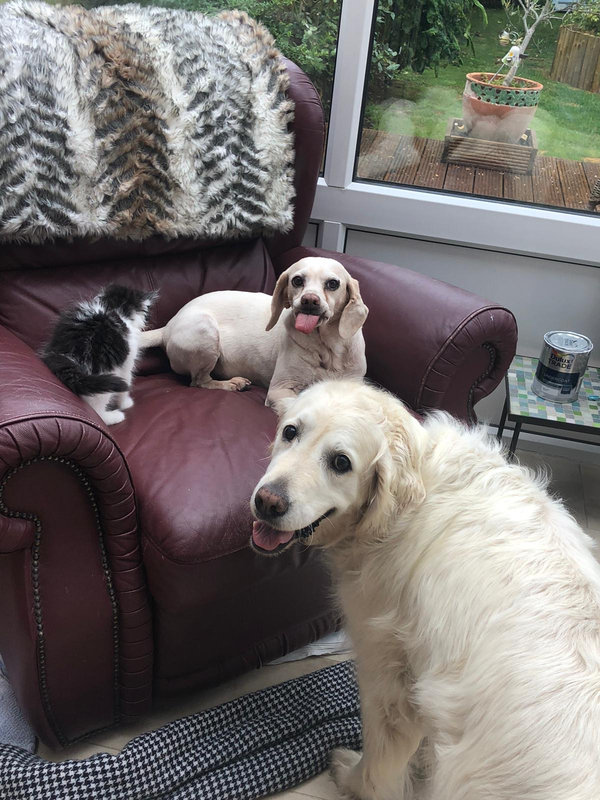 Boris thrived in their care, and has now found a forever family of hiw own through cat rescue Feline Friends – leaving Duke open and ready to take on the next orphaned kitten!