When TJ and Coral met in rescue, it was love at first sighthound. The two arrived at Battersea’s Old Windsor centre separately, but are now so bonded the staff is looking to rehome them together.

Seven-year-old Greyhound Coral arrived at the Berkshire rescue in January, as her elderly owner could no longer look after her. Coral had been at Battersea before years earlier, and did not cope well in kennels – so the centre’s manager, Kaye Mughal, decided to foster her at home.

A few weeks later, nine-year-old Saluki TJ arrived at the centre after a change in his family’s circumstances. The “nervous gentleman” was sent to stay with Kaye and Coral, and love quickly blossomed between the canine pair. 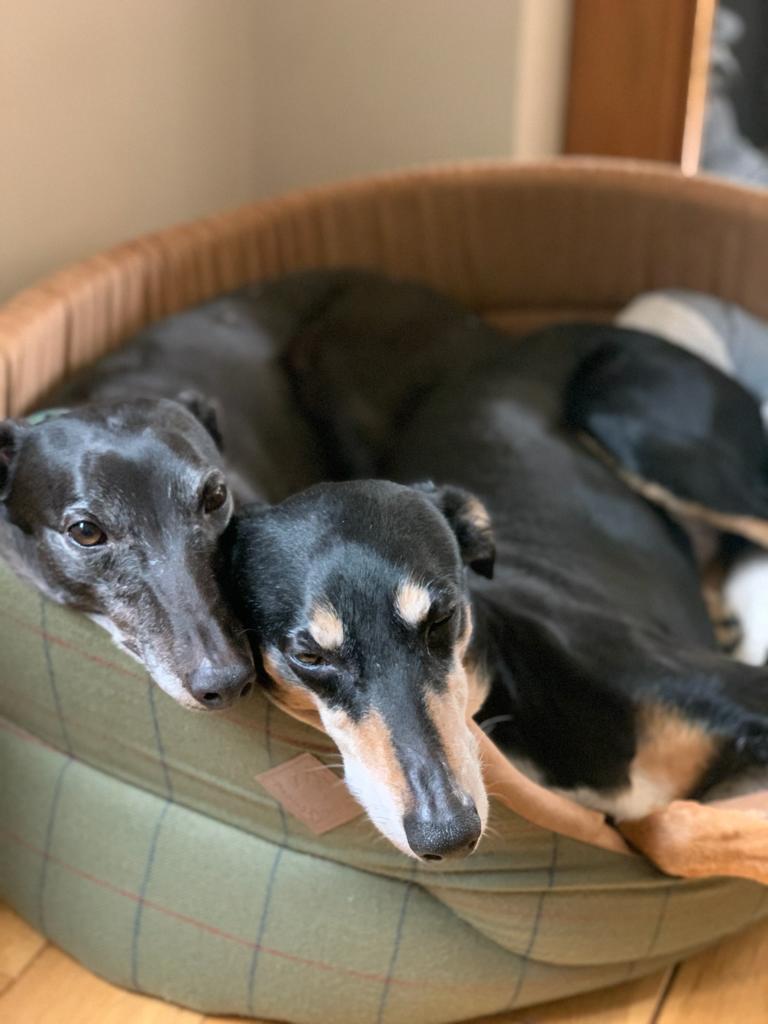 Kaye said, “At Battersea we see plenty of the dogs in our care make friends with one another while out on walks or during play dates but rarely, if ever, have we seen such a strong bond develop between two of our residents.

“It has been so special watching both dogs grow in confidence in each other’s company, particularly TJ who has really come out of his shell since Coral came into his life. They are an incredibly sweet pair and deserve to live happily ever after, together, in a loving home.”

“Although they come as a pair, TJ and Coral do have their own personalities and unique quirks – despite her laid back nature Coral certainly wears the trousers in the relationship, with the more timid TJ preferring to take his companion’s lead until he feels comfortable in his surroundings.”

“Their different characters complement one another perfectly though and we have no doubt that both will make fantastic additions to the right home.” 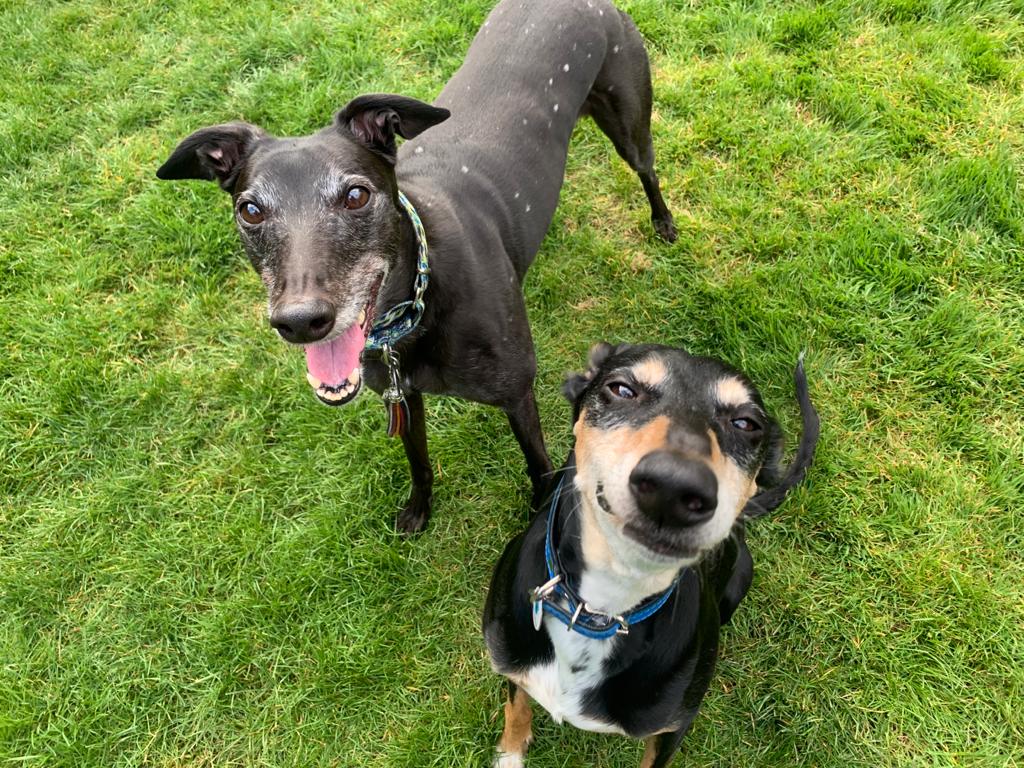 Staff at the rescue are ideally looking for potential owners who have already cared for a nervous dog, and know what to expect from owning a sighthound – or two. The pair’s ideal home would be somewhere nice and quiet, with “a garden where they can spend their days chasing one another before curling up in bed together”.

Kaye added, “We’re encouraging anyone with experience of caring for sighthounds, and the time to dedicate to our dynamic duo, to register with our rehoming team. Until then, I’m more than happy for the lovebirds to continue staying with me – watching their love blossom has been a truly wonderful thing to witness.”

If you’d like to adopt Coral and TJ, you can visit either of their profiles.