On World Animal Day (4 October) 20 years ago, FOUR PAWS founders Heli Dungler and Josef Pfabigan presented a ’74 retro police bus as the first mobile veterinary clinic. What sounds curious today was then a pilot project of its kind and a pioneer for mobile animal clinics that are now used worldwide.

On this year’s World Animal Day, the former stray clinic will be reopened as a museum. FOUR PAWS CEO Josef Pfabigan, who was in charge of the stray animal projects in Eastern Europe at the time, remembers the beginnings.

“Setting up stationary veterinary clinics in Romania was a real challenge in the 1990s,” he says. “There was a lack of structure and especially outside of the big cities the suffering of the stray animals was immense. That is why we had the idea to develop the first mobile veterinary clinic at FOUR PAWS.” 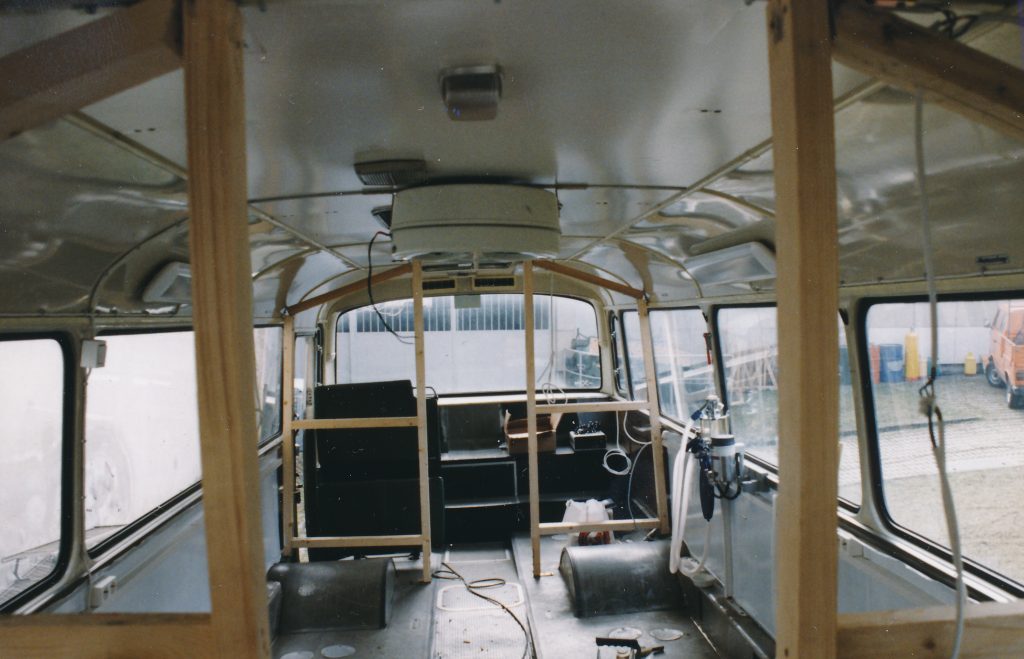 Of course, there was no experience in converting old police buses into animal clinics, so Heli and I took everything into our own hands. Even back then, Heli Dungler, founder of FOUR PAWS, was always personally involved in the projects with great commitment and creativity. Heli Dungler died unexpectedly in January 2020 – Josef Pfabigan has been leading the global animal welfare organisation ever since.

In 1999, the clinic for stray dogs was a pilot project and a model for the mobile neutering operations that FOUR PAWS now also uses in bear and wildlife rescues.

“The bus was already retro back then and actually a real rust bucket, but we invested a lot of passion and also financial resources in the project. Inside we equipped it according to the latest scientific standards and an air-brush company helped us to design the exterior. On the backside it still says ‘Simply the best for animals’. Creating dignified living conditions for animals has always been our goal,” says Pfabigan. 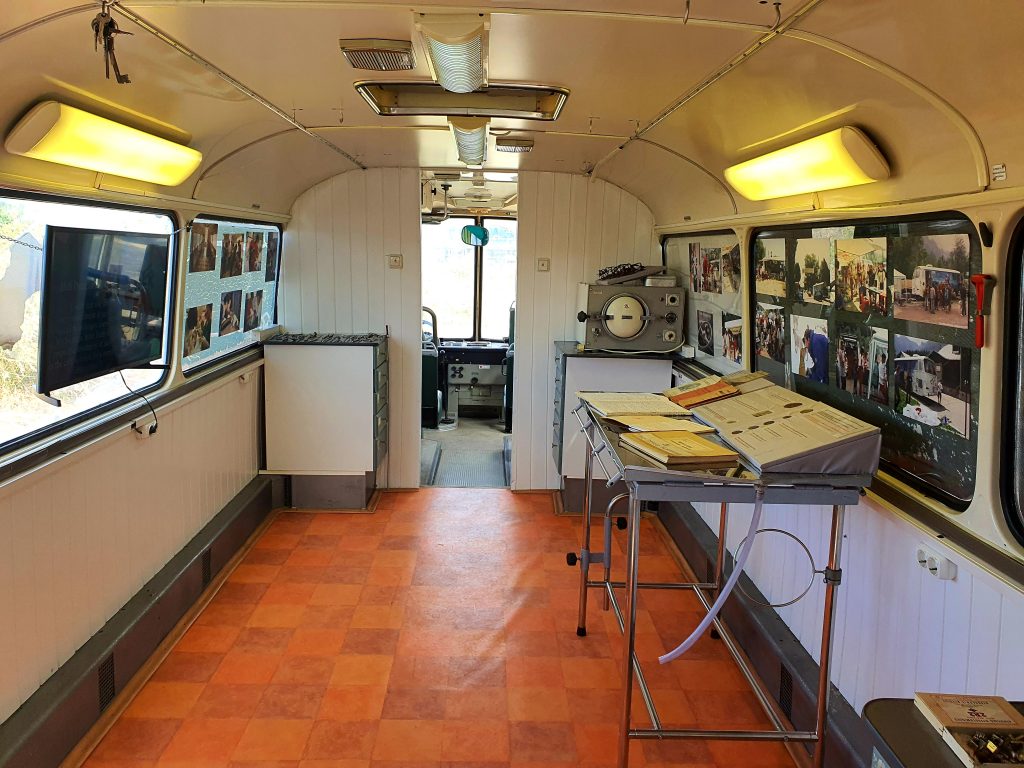 However, the authorities gave them a hard time back then. “Nobody knew how to classify our project. Something like this had simply never existed before. In Vienna the bus was then registered and we set off for Bucharest.”

Josef Pfabigan, Heli Dungler and veterinarian Amir Khalil were on the road for days, sometimes on narrow field roads, until they were able to present the veterinary clinic to high-ranking ministers, local politicians and the mayor in Bucharest in December 1999 and retro bus ‘Mamai’ could start its service.

Reopening as a museum

The bus is affectionately called ‘Mamai’ (Engl. Grandma) and is located as a museum in front of the FOUR PAWS partner animal shelter Speranta in Bucharest. The retro bus is full of memories: over the years, the mobile clinic has been used at over 23 locations. Already in 1999 FOUR PAWS was working with the gentle Catch-Neuter-Return method.

Stray animals are carefully caught, neutered and then released back into their territory when they are healthy. This guarantees a humane way to contain the stray population in Romania, where unfortunately the killing of strays is still allowed by law. 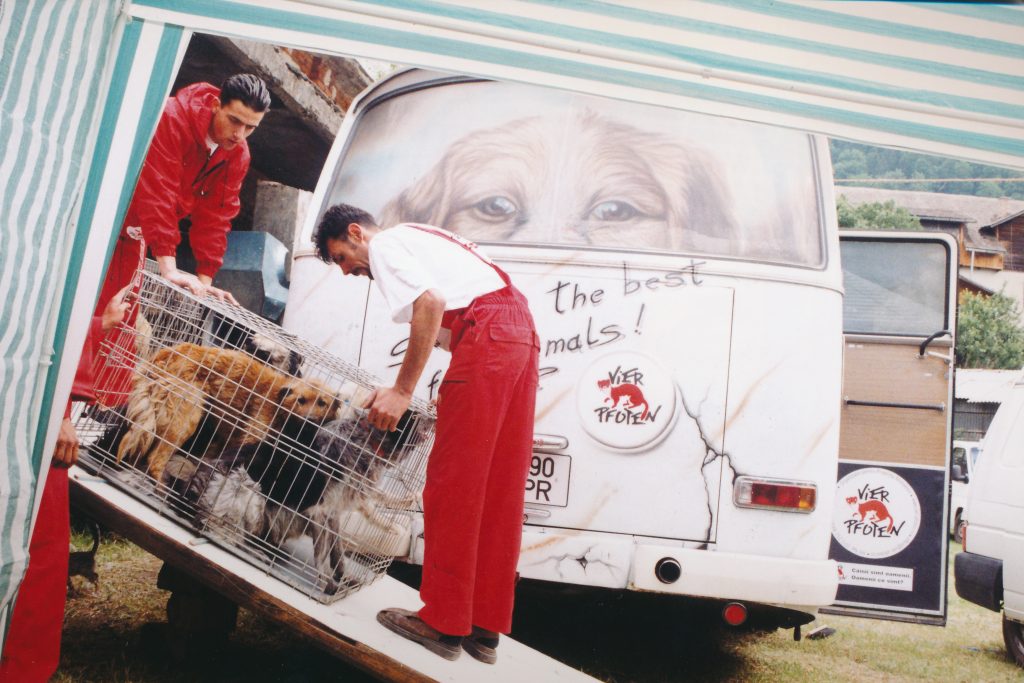 Says Pfabigan, “I still remember the first dog that was neutered at the clinic. The white, gentle neighbour dog. It was just great to see that we were able to reach remote villages and rural regions by bus. In some places we were the first to offer veterinary help and neutering projects for stray animals. A real innovation.”

Since then, 100,000 dogs and cats have been medically treated and neutered in Romania in over 20 years of animal welfare work. The Catch-Neuter-Return method was developed further in the meantime. Scientific advances in treatment were regularly adopted and a vaccination program was also introduced.

However, what has remained the same with today’s Catch-Neuter-Vaccinate-Return-Method is the respect with which the animals are treated. While new FOUR PAWS mobile and stationary clinics are already in operation, the old retro bus ‘Mamai’ will always be a reminder of the passion the organisation has always had for helping and protecting animals in need. 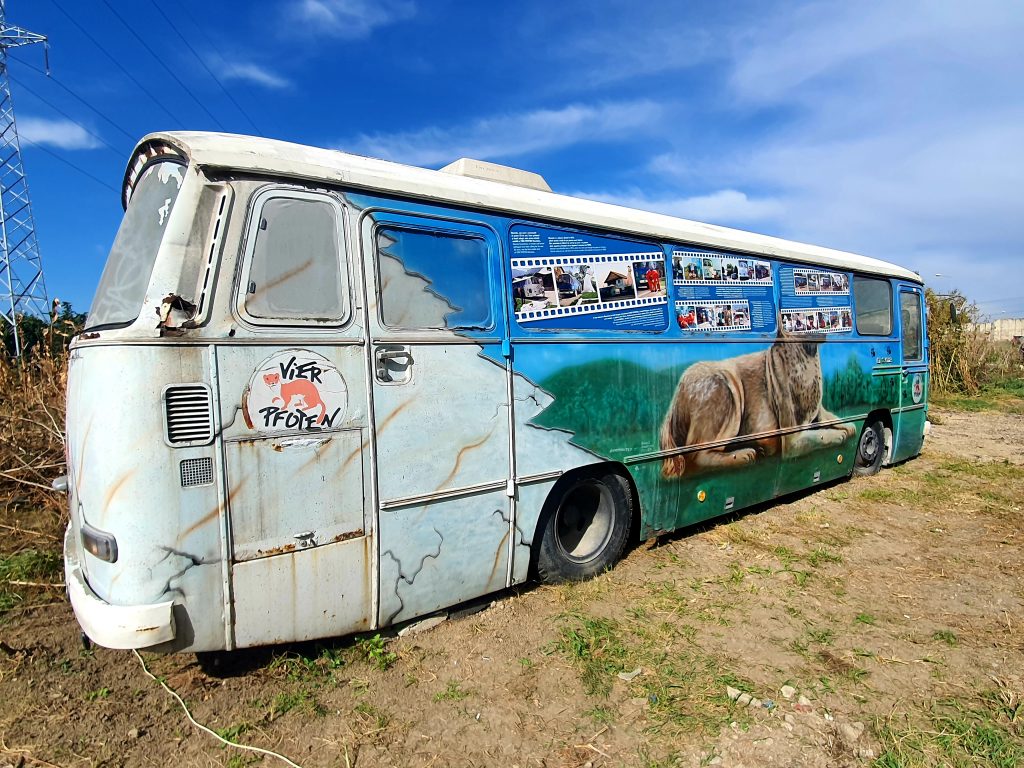 The animal shelter Speranta offers a temporary home to over 550 dogs in Bucharest. Together with its local partner Animal Society, FOUR PAWS still operates a stationary clinic and visits about a dozen communities annually with mobile teams in order to neuter and medically care for as many dogs and cats as possible.

Comprehensive medical care is particularly important, as many dogs have serious injuries from which they will not recover from purely external causes. These dogs are then admitted to the Speranta shelter. The name says it all: ‘Speranta’ means ‘hope’ in Romanian.