Bella, a black Labrador from Cardiff, has received a PDSA Commendation for saving her owner's life on multiple occasions - warning him and everyone around them when he's about to have a potentially life-threatening collapse. 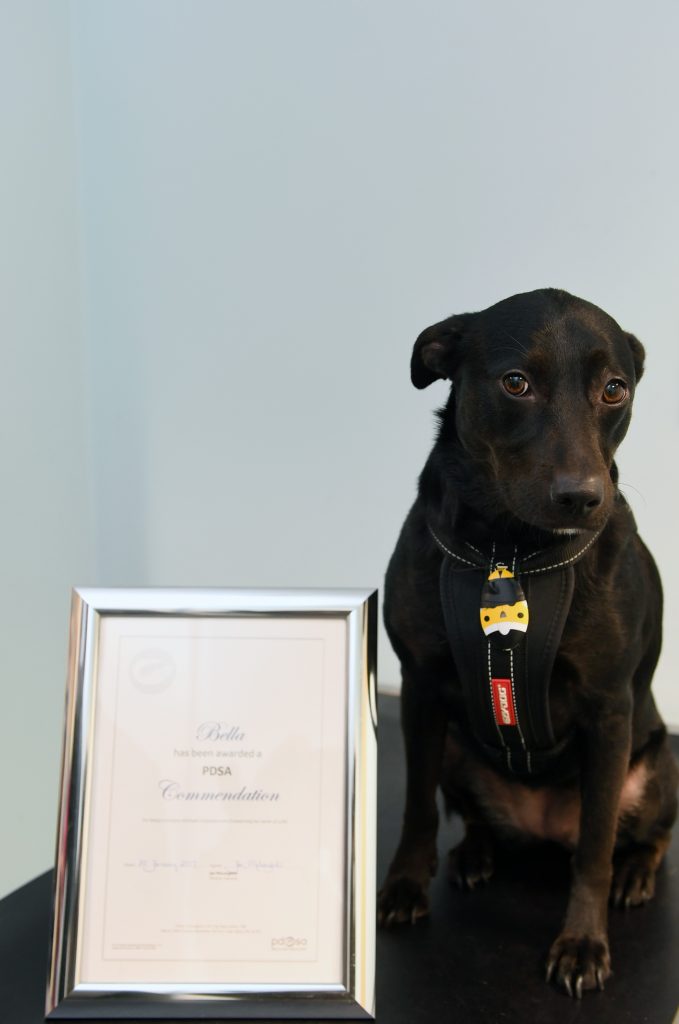 Wayne Mayor, 50, from Barry, suffers from a debilitating lung condition that causes him to lose consciousness and collapse quite often. After adopting Bella as a puppy, Wayne soon noticed something about her behaviour seemed unusual.

“When I first took Bella on, I thought there was something wrong with her. She would suddenly bark, show her teeth and go mad. I didn’t understand why she was behaving this way, but over time I noticed a pattern," he said. "She would always act strangely just before I had a collapse, and fell unconscious. “We realised that Bella was alerting us that I was about to collapse. It’s truly amazing – she’s not been trained to do this. Now when she makes these warning signs, I know that I should sit down and take it easy.”

Bella's help and steady presence by his side every step of the way has improved Wayne's quality of life a great deal.

“Having Bella means I’m able to go for trips in my motorhome with my son," he said. "Without her looking out for me and alerting others that I’m having a fall or over-exerting myself, we just wouldn’t be able to do this. Having Bella saves me the stress and embarrassment of collapse.” 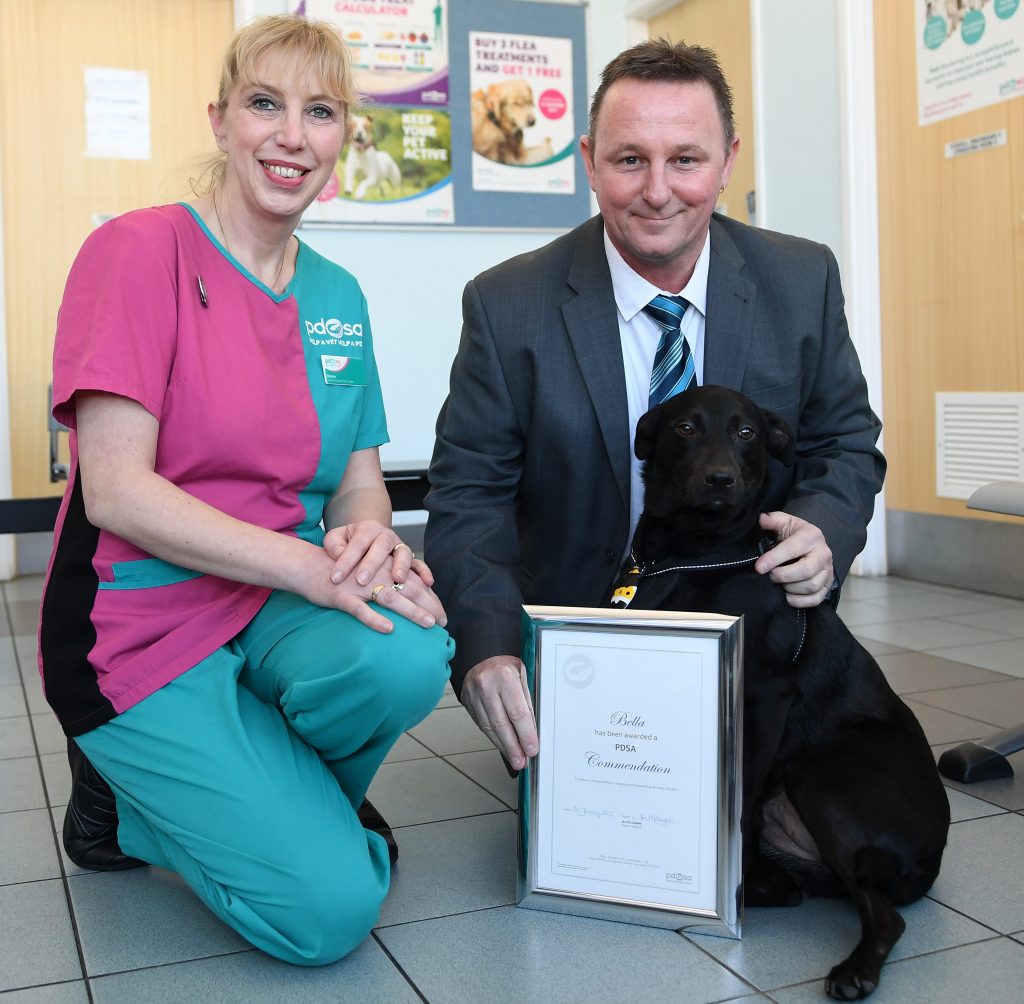 Bella received her award as part of a special ceremony at the PDSA Cardiff Pet Hospital.

Vet nurse Karen Jones, who presented Bella with the award, said, “It is clear that Bella has had a massive impact on Wayne’s life and is a worthy recipient of the PDSA Commendation. Some animals have an innate ability to sense danger and protect their owners. It’s fantastic to help recognise Bella’s inspirational capacity to do this with the PDSA’s prestigious Commendation award.”