When Rolo the Dachshund began experiencing bouts of seizures, her owners turned to the neurology team at Davies Veterinary Specialists (Davies) for help.

What followed was nothing short of detective work, with a multi-disciplinary approach to unravel the mystery cause of the seizures.

“Rolo was given a blood test as soon as she arrived and this gave the first clue: it revealed low blood calcium levels,” a statement by Davies reads. “So, rather than continuing to explore potential neurological causes the dog was referred, within the practice, to Internal Medicine Clinician Eva Buresova for further investigations.

Eva says, “On speaking to the owners, I discovered that Rolo had been eating less than usual.

“They had also noticed muscle tremors and twitches, and Rolo had been rubbing her face and biting her back end. They said she seemed to have pain around her tail and was anxious if anyone tried to stroke her.” 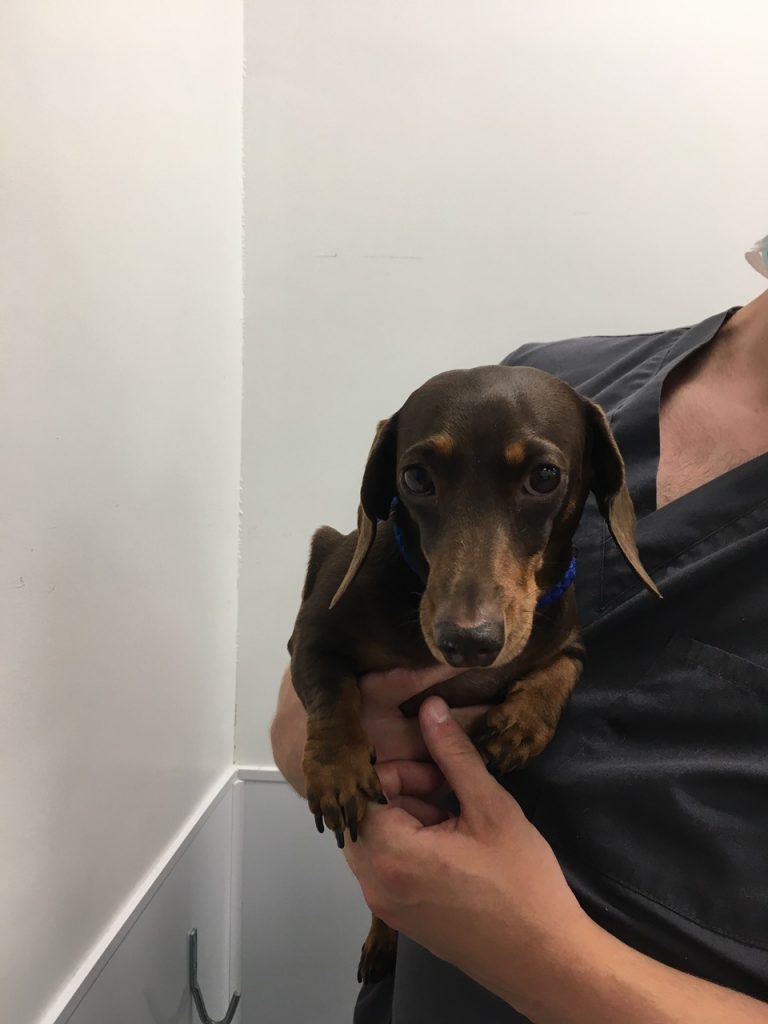 Based on the low calcium and otherwise completely normal blood results, Rolo’s parathyroid hormone was measured. The levels were undetectably low, which “is consistent with an uncommon disease called hypoparathyroidism”.

Evas says, “Primary hypoparathyroidism is characterised by low levels of the parathyroid hormone, which has the important role of maintaining normal calcium levels in the body.

“When the parathyroid gland, which is located next to the thyroid in neck region, stops producing this hormone, the calcium level in the body becomes dangerously low and can cause muscles twitching, tremors and even seizures.

“Face rubbing is interestingly also a very typical sign of low calcium but often might be missed or not considered important. We suspect that the tail pain was due to chronic cramps that made her muscles very sore.”

Rolo was given a calcium supplement to replenish her low calcium level and Vitamin D, which absorbs calcium from the intestine. Her seizures stopped completely, and her twitching slowly ceased as well.

“After a week at home on her medication Rolo’s appetite had returned, and her tail pain had disappeared,” Davies says. “She only needs a vitamin D supplement now, which helps to absorb enough calcium from normal food and means she no longer needs an extra calcium supplement.” 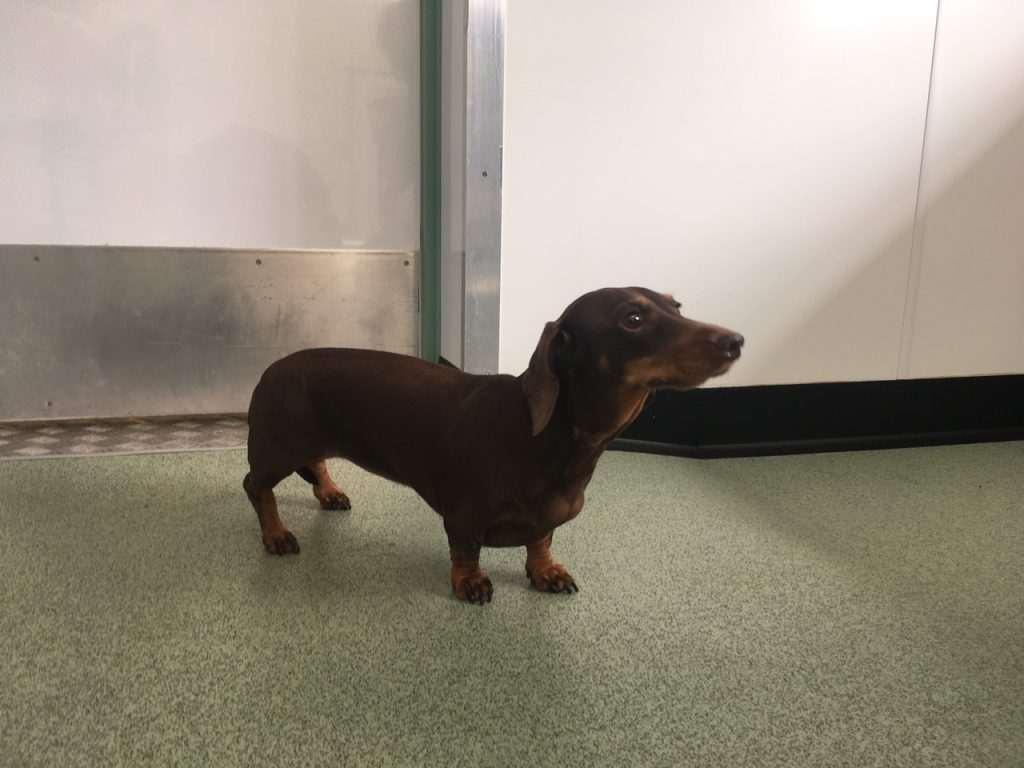 As long as she stays on medication and has routine checks to ensure the right dose of vitamin D is being given, Eva adds, Rolo can live a completely normal life – as do many other dogs with the same disease.

Davies Veterinary Nurse Sam Price says, “Since Rolo started her treatment, she is such a bright, happy and adorable dog and we always look forward to seeing her back.”

Rolo’s owner Paul Lay adds, “When Rolo was referred to Davies vets from her local clinic she was at that point, very ill.  She’d had a seizure that morning and wasn’t eating or drinking. Eva took her off our hands confidently and gave us the clear schedule she’d be going through.

“Davies vets and their staff have been brilliant, and we can’t thank them enough for looking after our little girl. Rolo has been back for subsequent tests to keep check on her and they have always been nothing but friendly, welcoming, caring and clear.

“Rolo is a massive member of our family, so for us to have this first class-front line help at a really tough time we couldn’t be more thankful to Eva and her colleagues.”