With many UK households expecting at least a parcel in the run-up to Christmas, Vets Now is warning owners to be vigilant after an incident in which a Scottish terrier’s jaw was glued “completely shut” after she chewed on an Amazon parcel.

Ten-year-old Roxi’s saliva reacted with adhesive in the packaging and formed “a cement-like paste”, which effectively glued her teeth shut. After trying and failing to pry their dog’s mouth open, and seeing that her breathing was affected, Roxi’s owners rang the Vets Now pet emergency clinic in Kirkcaldy, Fife.

The team immediately advised to bring her to the practice, where senior vet Shannon Thorell and senior nurse Nicola Moffatt sedated the little dog before they set to work scraping and pulling away the remains of the Amazon parcel. Finally, they were able to get Roxi’s jaw open again and she was given the all-clear to return home with relieved owners Tam and Sharon. 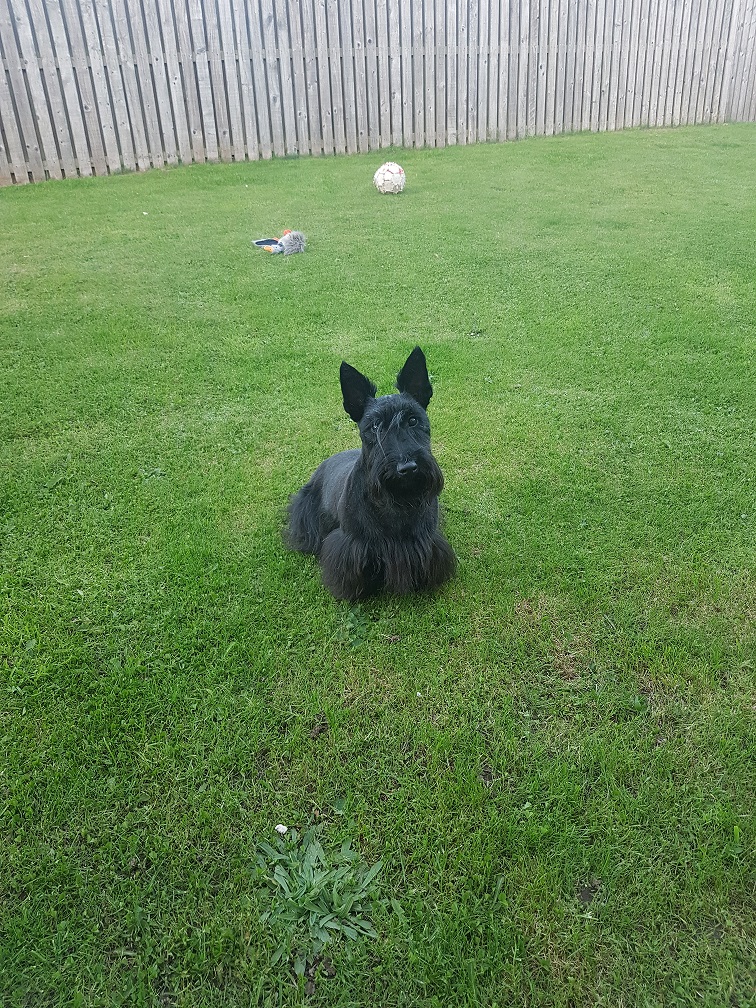 Tam said, “Roxi is part of our family. She’s our daughter Toni’s dog really but we all look after her so it was just awful to see her like that.

“You wouldn’t realise that a chewing a parcel could do so much damage to a dog – so it’s really important to get the message out there that it can be very dangerous, as we’ve discovered!

“We wouldn’t want any other dog owner to go through this – especially when everyone is going to be doing more online shopping this Christmas because of the restrictions. We’re just really relieved we got her in for treatment when we did.” 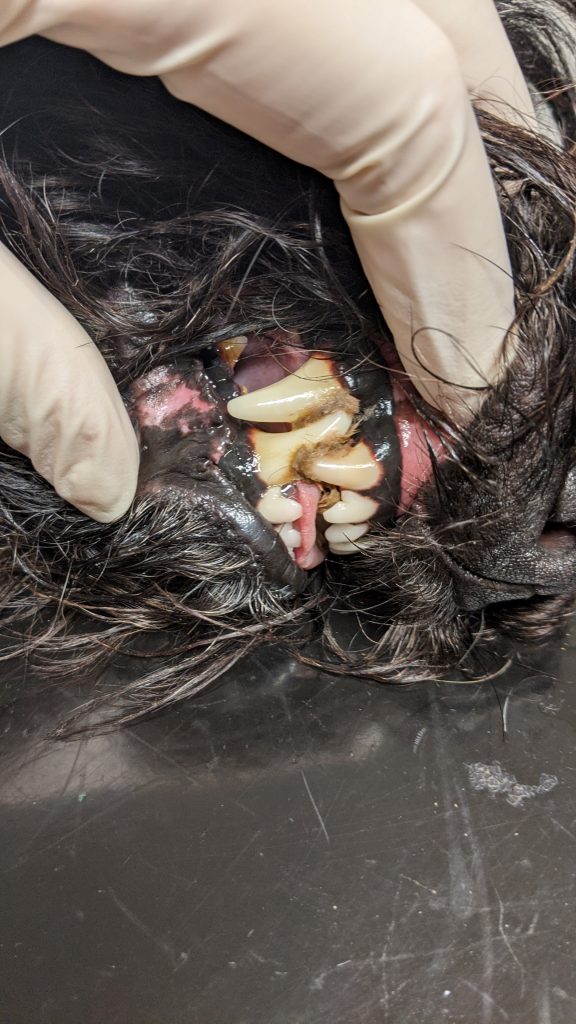 “It’s not just parcel packaging that can have this effect on dogs. The same adhesive can be used in flyers, leaflets and the free magazines that sometimes come through the door. The adhesive reacts very, very quickly with a dog’s saliva and before you know it, their jaw is totally stuck together like Roxi’s.

“So dog owners please be wary when the postman or parcel courier calls – or you could end up in a very sticky situation like Tam and Sharon!”