When Golden Retriever pup called Jimmy turned a pair of charging AirPods into a snack, his owner rushed him to the vet’s – who recovered the still working AirPods from the pup’s stomach.

Owner Rachel Hick said, “It was Easter Sunday and Jimmy has his own Instagram account, so I was taking photos of him getting his first dog Easter egg to use on Instagram. He was jumping up and running around going crazy, he was so hyped up and excited.

“As he jumped, he knocked my AirPods out of my pocket and they fell on the floor, and before I even realised they’d dropped on the floor, he eaten them whole.

“He looked up at me straight after and gave me a look as if to say ‘that wasn’t the treat, was it?’ My heart sank.” 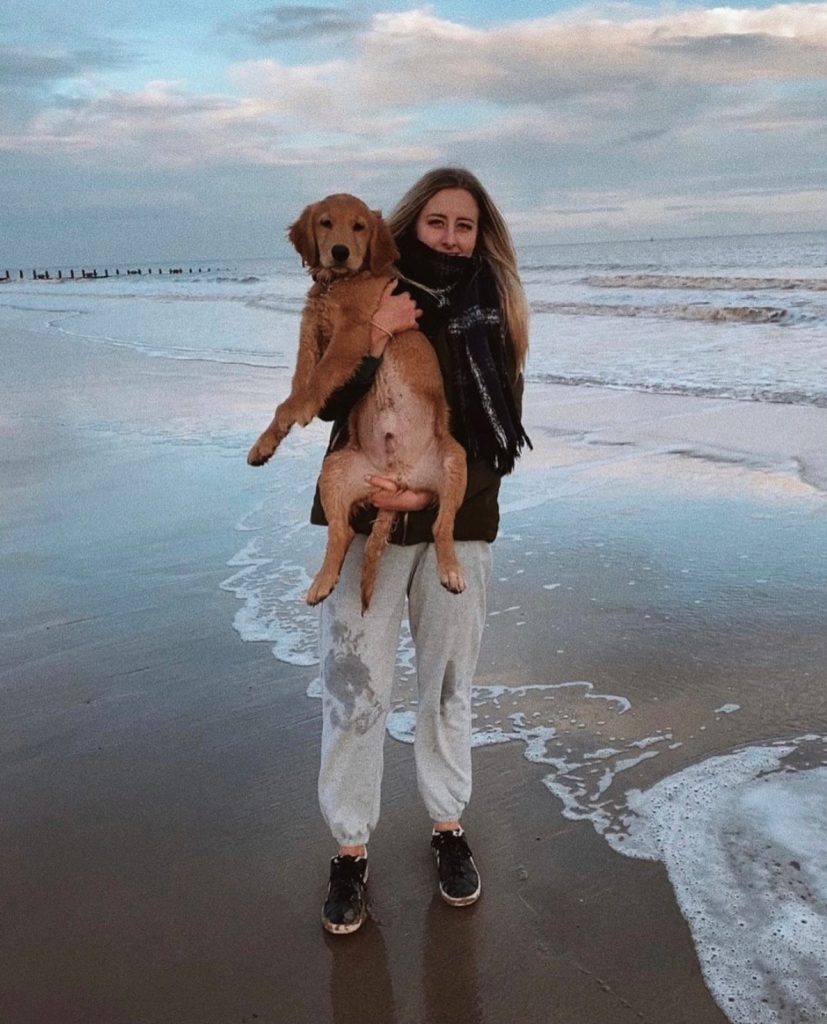 Aware of the danger, Rachel immediately took Jimmy to Vets Now in Hull.

Susana Jauregui, senior vet at the practice, said, “Our vet on duty that evening, Steven, x-rayed Jimmy and the radiograph images clearly showed the AirPods case still intact in his digestive system.

“There was a risk of it causing an obstruction and, with it being a charging case, Steven was also concerned about battery acid leaking so, after discussing the situation with Jimmy’s owners, he agreed to operate.

“Jimmy’s a beautiful dog and he’s lucky his owners acted so promptly. Battery acid is highly dangerous to dogs as are large foreign objects, especially if they’re allowed to pass into the intestine.” 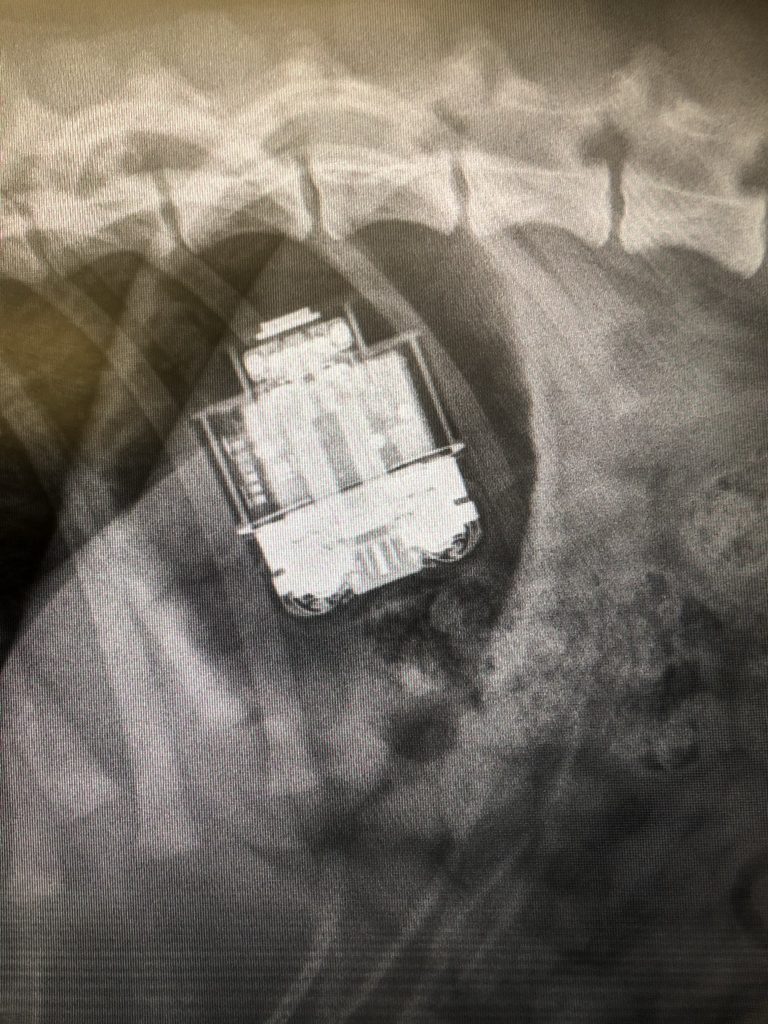 Astonishingly, during surgery the case came out intact – not a scratch one it, with the wireless headphones still inside and the charging light still on! Hours later Rachel discovered both the charger and the headphones still worked perfectly.

After spending the night recovering at the clinic, Jimmy went home.

Rachel said, “He’s a bit sorry for himself, we’re not allowed to exercise him so he has all this energy and nowhere for it to go.

“I have been so worried about him, it’s certainly a cautionary tale for other dog owners. I can’t believe the AirPods still work, they’ve had a good clean!”