Dogs will try to eat everything and, with the pandemic going on, it was only a matter of time before one decided to turn a face mask into a snack!

When one-year-old Ralph, a Cocker Spaniel from Liverpool, was sick overnight, owner Julie Veidman was not overly concerned at first. However, after he vomited even water and refused his favourite treat, she knew something was seriously wrong.

Having lost her income due to the on-going pandemic, Julie was unable to afford emergency vet care for Ralph. She turned to vet charity PDSA, who told her to take Ralph to their Huyton Pet Hospital. 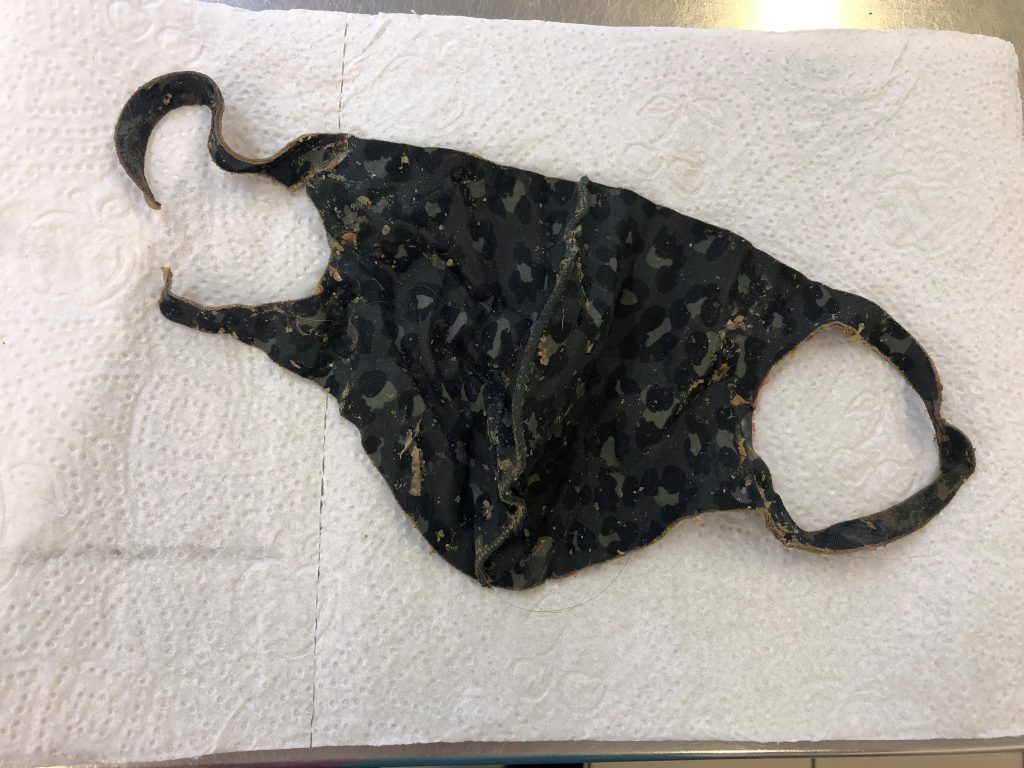 PDSA Vet Lizzie Whitton said, “We examined Ralph and could feel something in his tummy – with his other symptoms we immediately suspected he’d eaten something he shouldn’t. An x-ray confirmed that there was some kind of blockage in his intestines. This can quickly become fatal, so we took him straight into emergency surgery.

“Any type of surgery carries risk, and intestinal procedures can come with additional complications, but thankfully Ralph’s operation went very well. However we were all shocked when we removed a face mask from inside him!”

Upon hearing what had been recovered from Ralph, Julie  said, “We think he must’ve stolen it from my daughter’s bag in the night. He always had a liking for socks and sometimes knickers too, so we always keep things like that well away from him. We never thought he’d actually eat a face mask!” 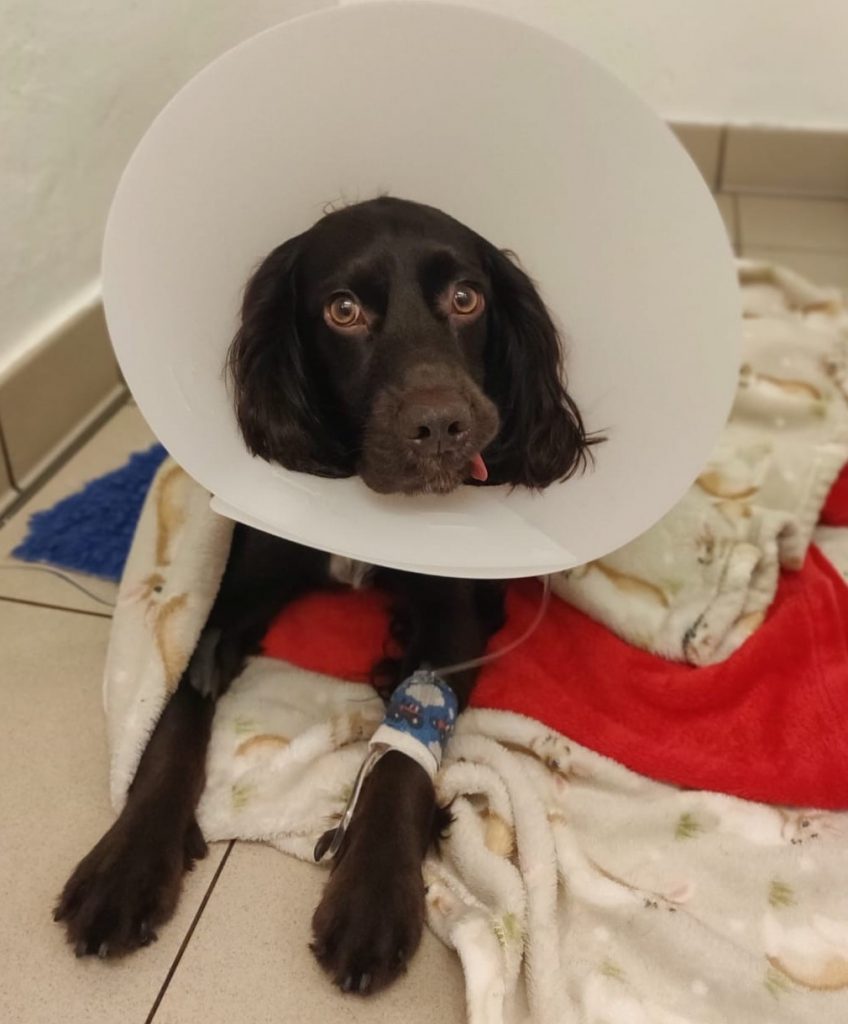 Ralph has since made a full recovery, and Julie is now warning other dog owners to keep any face mask out of their dogs’ reach.

“It worries me as you see masks discarded all over the place right now,” she said. “Ralph is living proof that dogs might eat them and suffer serious consequences.”