Barbaric Korean festival begins, but this charity is hopeful for change

South Korea’s Bok Nal summer season began on Friday 12 July; these are the hottest days of summer during which more than one million dogs are eaten as ‘bosintang’ soup. Protesters in the country have taken to the streets to express their opposition to the dog meat industry, and animal charity Humane Society International (HSI) says there are reasons to be hopeful that change is coming.

Earlier this month HSI/Korea worked with local authorities in Busan to close the notorious Gupo dog market, saving more than 80 dogs left behind, and there have been a string of other crackdowns happening across South Korea. 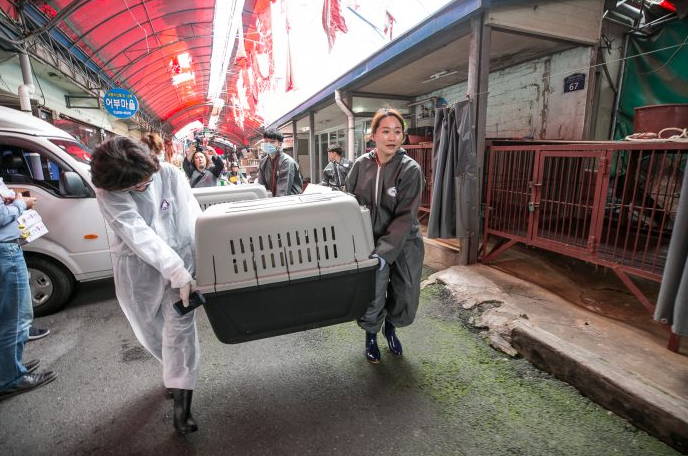 Nara Kim, campaigner for HSI, who attended the closure and rescue, says, “I cannot express enough my joy at helping to close down the dog meat shops and slaughterhouse at Gupo market. For decades they have stood as a very public symbol of the immense cruelty of the dog meat trade, with live dogs displayed in cages on the street for shoppers to select for slaughter by electrocution.

“The closure of Gupo’s dog meat market means the end of a gruesome era in South Korea’s dog meat history, and a sign of the times that law enforcement and local authorities are cracking down on this increasingly unpopular industry that most Koreans want nothing to do with.

“I know we have a long way to go to end the dog meat trade here, but even two years ago I would never have believed we would see such progress. It has been a pleasure to work with the Busan authorities, and especially in being able to save the last remaining dogs we found alive.”

The closure of Gupo is the latest in a series of crackdowns by officials on the cruel trade. In November last year, Seongnam city demolished Taepyeong, the country’s largest dog slaughterhouse, and closed down most of the related dog meat vendors. However, the closure of Gupo market is the first such closure where complete agreement has been reached between the vendors and local authorities. 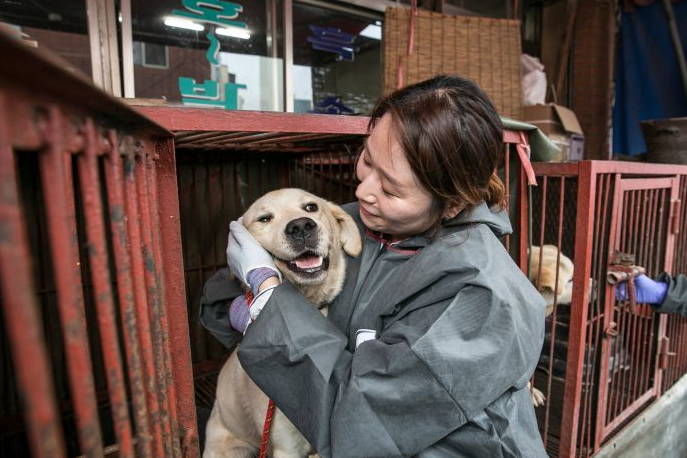 At the height of business at Gupo in the 1970s and 1980s, the market housed around 60 dog meat shops – but after the Seoul Olympic in 1988 it started to decrease. Just 17 dog meat vendors and two dog tonic (gaesoju) shops remained before today’s closure.

HSI/Korea’s rescue team was on site to assist the closure and rescue with partners KARA, KAWA and Busan KAPCA. They found more than 80 mainly jindo mix dogs cowering in their cages, just a handful of the estimated two million dogs bred on thousands of dog meat farms across the country. With HSI/Korea working to help farms transition to alternative, humane livelihoods, dog farmers are increasingly keen to exit the controversial trade due to societal shame, family pressure and decreasing profits. 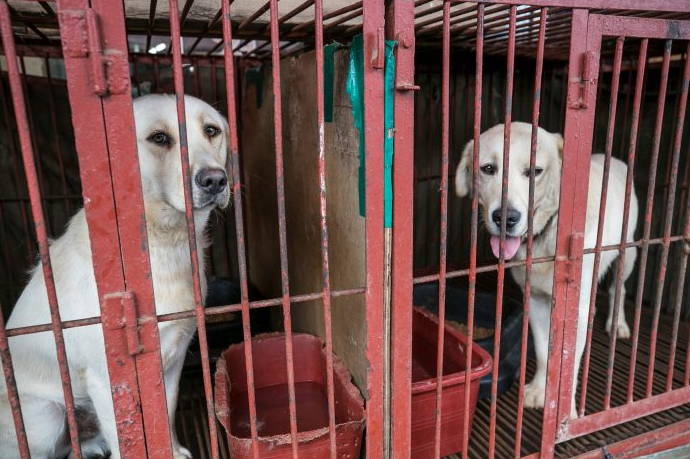 Nara Kim explained, “The dog market scene was really upsetting, with dogs displayed in cages in front of each store. The smell was overwhelming. HSI has closed down 14 dog meat farms in South Korea and rescued nearly 1,800 dogs, all of whom would have ended up in a terrible place just like this.

“All the dogs at Gupo have been removed and transported to a temporary shelter where they will recover from their ordeal. A few will remain in Korea to find new homes, but HSI will fly all the others overseas to Canada or the United States to get the love and care they deserve before being placed with shelter and rescue partners who will seek adoptive homes.”

Yim Soonrye of KARA said, “Dog slaughterhouses are collapsing one by one, from Seongnam Moran Market to Taepyeong-dong and Busan Gupo Market, and in addition Gyeonggi Province has introduced its own judicial policies to crack down on illegal dog slaughterhouses. This all shows that the Korean dog meat industry is starting to fall. 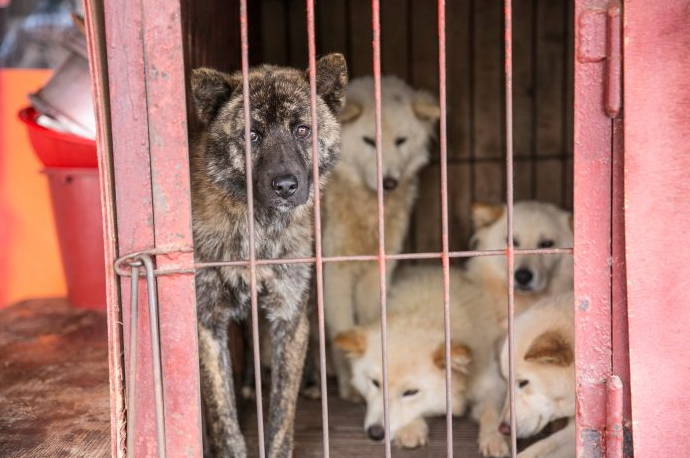 “As local governments are moving forward, the Korean government must also take action by closing all illegal dog farms, by the Blue House keeping its promise to exclude dogs from the legal definition of ‘livestock’, and by the National Assembly passing the proposed bill to end the dog meat industry before the end of next year’s session.

“We welcome the decision made by Busan Metropolitan City and the merchants of Gupo, and believe that the shutdown of Gupo dog market will be a major stepping stone towards ending dog meat in Korea.”